Summary: From the author  “I wanted to return to the suburbs, those vilified spaces that are not quite the city and not quite the country, in which the majority of Australians live. These suburbs define a nation that was created simultaneously with the birth of the car: the suburbs as portrayed in Neighbours and Home & Away. But I needed to give voice to the reality of the contemporary Australian suburb, one of high-street shops in which one can hear dozens of languages, populated by generations who have never felt an allegiance to a colonial British and Celtic history. My parents live in a suburb three stations away from Ramsey Street; their neighbours are Chinese, Vietnamese, Egyptian, Maltese and Greek. I live in the northern suburbs of the city, where from my backyard I can see the spires of Catholic and Orthodox churches, the minaret of a mosque. Having said farewell to Europe in my last book, I was hungry to write about an Australia I rarely saw represented on the pages of Australian literature or on screen.”

In this powerful and riveting novel, literary phenomenon Christos Tsiolkas unflinchingly exposes the inner- workings of domestic life, friendship and parenthood in the twenty-first century, and reminds us of the passions and malice that family loyalty can provoke. When a man slaps another couple’s child at a neighborhood barbecue, the event send unforeseeable shockwaves through the lives of all who are witness to it. Told from the points of view of eight people who were present, The Slap shows how a single action can change the way people think about how they live, what they want, and what they believe forever. Source: amazon.com 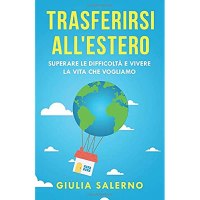