Summary: Leila Aboulela’s American debut is a provocative, timely, and engaging novel about a young Muslim woman — once privileged and secular in her native land and now impoverished in London — gradually embracing her orthodox faith. With her Muslim hijab and down-turned gaze, Najwa is invisible to most eyes, especially to the rich families whose houses she cleans in London. Twenty years ago, Najwa, then at university in Khartoum, would never have imagined that one day she would be a maid. An upper-class Westernized Sudanese, her dreams were to marry well and raise a family. But a coup forces the young woman and her family into political exile in London. Soon orphaned, she finds solace and companionship within the Muslim community. Then Najwa meets Tamer, the intense, lonely younger brother of her employer. They find a common bond in faith and slowly, silently, begin to fall in love. Written with directness and force, Minaret is a lyric and insightful novel about Islam and an alluring glimpse into a culture Westerners are only just beginning to understand. – Source: Amazon.com

Find it on Amazon 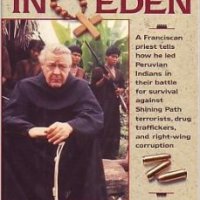