Rules of the wild is Francesca Marciano’s first novel.

It is a pity this book is no longer in print, because despite having been written almost twenty years ago, I believe it talks about Africa in a way that still applies today. Especially when it comes to describe the white community’s moods and dynamics, and what it means to find one’s place as a white foreign person in Africa. Sorry, in Kenya. The novel is set in Kenya, though I found in it a lot of the atmospheres and contradictions I breathed in all of the African countries I have been so lucky to live in.

Esmeralda is Italian, born in a family of artists, marked by the early death of her mother and the eccentricities of her father, a poet. At his death, she falls into a deep crisis that will take her on a safari in Kenya, where she meets a white African man with whom she falls in love, and for whom she decides to stay on. Thus begins Esmeralda’s complex relationship with the continent.

While describing her growth as a person in relation to the new, challenging place where she has decided to find her normality, Esmeralda introduces us to the idiosyncrasies of the foreign white residents, both in relationships to the local black and white Africans, and within themselves.

The tone at the beginning is dissecting, almost cynical. Reading on, though, and being introduced to a variety of characters, each with their own intricacies, weaknesses and humanity, we realize the approach to the whole issue becomes softer, while Esmeralda is faced with the realization that Africa touches your deepest values and strongly challenges your preconceptions.

In the end, this is a novel about Africa. About love for Africa. It is a hymn to its beauty (the descriptions of nature as well as of city life and slums are spectacular), a plea for forgiveness, a testimony of how complex and in need of time Africa is. And of how delicate it is for a foreign white person to cope with the crazy love for this amazing continent, and the role history and politics have built on skin colour. 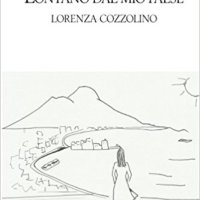