Summary: This new autobiography by wildlife celebrity Jonathan Scott celebrates the extraordinary life of one of the world’s most popular wildlife presenters and photographers. From his childhood on a Berkshire farm in the UK to his rise to international fame as a presenter on the Big Cat Diary, one of the BBC Natural History Unit’s most popular and long-running wildlife series, Jonathan Scott has lived a life that many people can only dream about. Following a degree in Zoology he travels 6,000 miles overland to Africa, where he becomes first a wildlife artist and then a safari guide in the Maasai Mara.

His experience allows him to write his first major book, The Marsh Lions, followed by The Leopard s Tale. At the same time, his TV career is launched when he becomes a presenter on the long-running American series Wild Kingdom. Over the years Jonathan s observations of wildlife prompt him to reflect on his own life, revealing a side to his character that he has struggled to overcome since childhood.

Aged nearly forty, he finally finds peace through meeting and marrying his wife, Angela, and together with her two children they go on to prove you can mix domestic life and an adventurous career when you share a love of family and wilderness, art and photography. From their base in Kenya Jonathan and Angela travel to Antarctica, a continent which grips them no less than their adopted homeland, followed in later years by travels to India and Bhutan.

Throughout, the call of Africa always draws them home, but Africa and the rest of the world are under siege from the tide of humanity that threatens to snuff out the last wild places. Having travelled the globe in search of award-winning photographs and lived a life of adventure, Jonathan and Angie find their world changes forever the day she is diagnosed with a cranial aneurism requiring urgent brain surgery. Facing up to that challenge draws them even closer together and forces them to examine the meaning of life, leading them on a spiritual journey to rival anything they have undertaken before.

Ultimately, The Big Cat Man is a love story: one man s infatuation with Africa and his unfailing devotion to the woman who shares his passion. Jonathan s writing makes for a fascinating safari through a life lived in the world s most spectacular wilderness area. His book raises uncomfortable questions about the future of wildlife on a continent where the needs of the people sometimes seem overwhelming; it will bring hope to those who have struggled with their own demons and been afraid to seek help; but most of all it will be an inspiration for those who, like Jonathan and Angie, long to follow their dream, whatever it may be. – Source: Goodreads.com 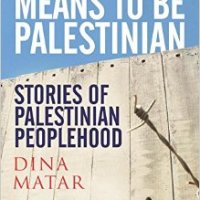