Summary: In a whirlwind journey through Tokyo’s past from its earliest beginnings up to the present day, this Japanese history book demonstrates how the city’s response to everything from natural disasters to regime change has been to reinvent itself time and again. A calamitous fire results in a massive expansion of the city’s territory. A debate over the Samurai code creates far-reaching social change. A malleable boy becomes the figurehead for powerful forces who change an ancient feudal society into a modern industrialized power within a generation. Utter destruction wipes the slate clean again so Tokyoites may start all over. And so it goes. Tokyo’s story is riveting, and by the end of Tokyo: A Biography, readers see a city almost unrivalled in its uniqueness, a place that—despite its often tragic history—still shimmers as it prepares to face the future. – Source: Amazon.com

END_OF_DOCUMENT_TOKEN_TO_BE_REPLACED 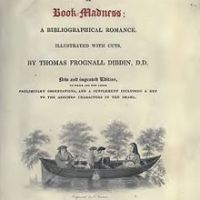